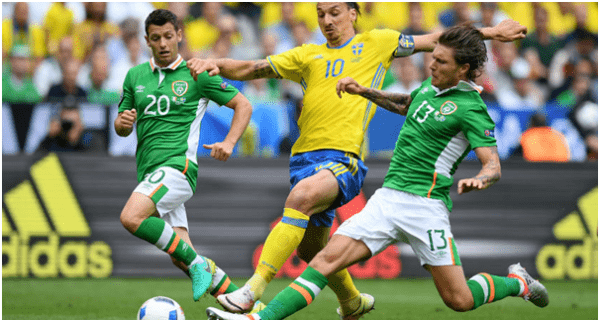 Sports is in the blood of Irish people. They not only participate and play various Sports but as well love to watch them glued to their TV channels, mobiles or at stadiums. One can find casinos, bars all full when any live sport is happening and the sports enthusiasts, cheering their favourite sports while watching it live on big screens.

In Ireland sport and activities play a big role in the local communities and society in general. For the visitor and sporting enthusiast these popular areas can be divided into professional spectator sports that offer visitors on an Ireland vacation a fun day out for spectators to a range of activities that take advantage of the spectacular Irish outdoors.

What sports are played in Ireland?

As a sporting nation Ireland has a wide range of sporting options and has enjoyed great success in a number of fields. In the international sporting arena Ireland can claim soccer rugby, boxing, golf, snooker, horse racing and the equestrian sports of show jumping as its’ most successful areas. In more recent times Irish teams have also found some success in athletics, cricket and rowing. Here are the following sports widely played by Irish players. 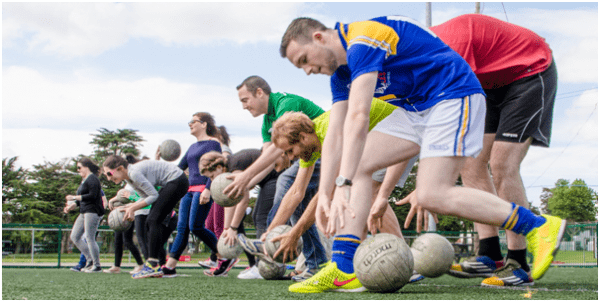 The main sport on a national level in Ireland is the national indigenous GAA games of hurling and Gaelic football which enjoy nationwide popularity ahead of rugby and soccer. Croke Park in Dublin is the historic home of Gaelic games in Ireland and hosts all major national competition finals. The stadium has undergone extension regeneration over the past ten years and can hold up to 82,300 spectators. All-Ireland competitions in both Gaelic Football and Hurling take place each year in which all of the island’s 32 counties compete to be crowned All-Ireland champions with the finals usually taking place in the month of September.

Soccer and Rugby have quickly gained in popularly over the years. Irish provincial rugby is now fully professional and has witnessed significant success since the turn of the century with the provinces of Munster and Leinster, in particular, being crowned champions of Europe on five occasions. The other provincial sides of Ulster and Connacht have also proved competitive in European competitions. Local club rugby remains the heartbeat of the national game and acts as a feeder system for the Irish provinces.

Soccer or known as Association Football 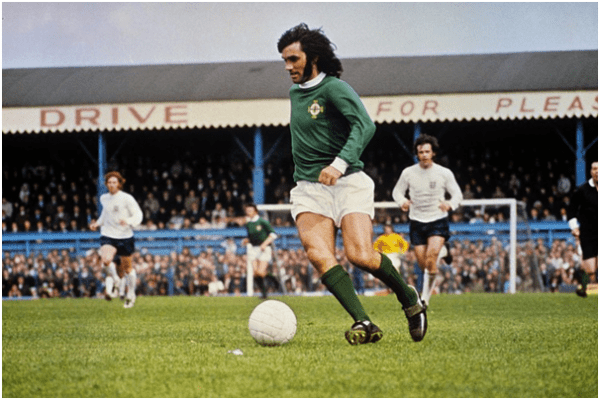 Shamrock Rovers are the country’s most successful domestic club with 17 titles followed by Shelbourne and Bohemians. Other notable clubs include St. Patrick’s Athletic, Cork City, Derry City and Sligo Rovers. The republic of Ireland and Northern Ireland also field national soccer teams which compete on the international stage with Irish soccer fans being noteworthy worldwide for their undying support. Both the republic of Ireland soccer team and national rugby team play their home matches at the Aviva Stadium in Dublin. 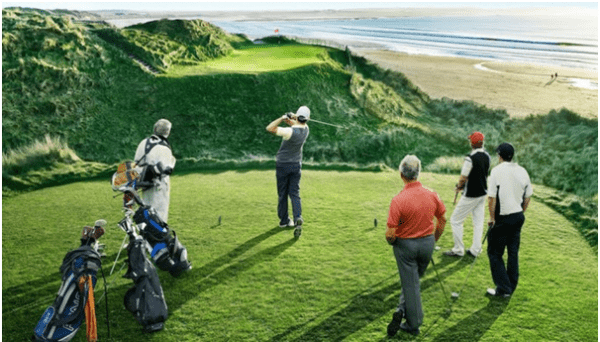 Ireland is also world renowned for golf and its wide variety of scenic and challenging golf courses whether it be a links or parkland course. The Irish coastline is dotted with challenging links courses carved out from the natural coastal landscape which has attracted some the world’s best golfers

Ireland is the world of greyhound and horseracing both popular sporting attractions providing exciting fun days out. Of the two, horseracing is the most popular and most internationally renowned. Ireland is home to the major horse breeding operation of Coolmore and Irish horses, jockeys and trainers continue to reach unprecedented success on the world stage. For horseracing enthusiasts the main race courses are the Curragh, Leopardstown and Fairyhouse which run national hunt and flat racing throughout the calendar year. 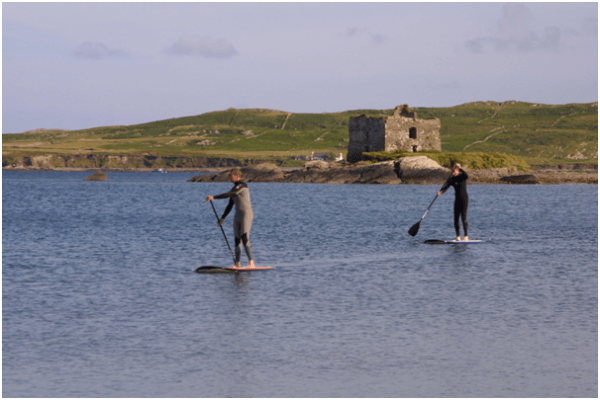 The full range of watersports and waterbased activities can be explored along the coastal areas though with many available in the summertime and indeed all year. Among the watersports and activities on offer are sailing, surfing, windsurfing, watersking, waterboarding, and deep sea diving to name just some. The north west of the country has become a mecca for surfers from across the globe to avail of the great waves produced by the Atlantic Ocean. 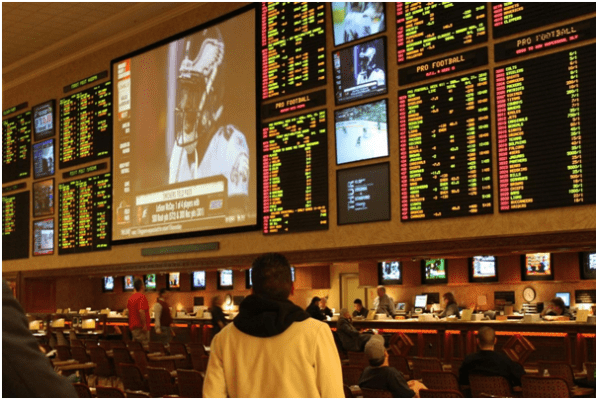 It turns out that live sports are much more attractive when the games have pre-set time limits.  In order to make things more exciting, many casinos are offering live betting options. Not every casino offers an option like this, but many of them have it and both beginner and experienced players enjoy it. Also live sporting events are an excellent way to earn some money. There is something about placing bets on events that are about to happen during sports games that make everything look more exciting and makes people feel that well-known adrenaline rush feeling. In order to be successful and get the most from this form of online gambling, you must place every bet as fast as possible and you should probably speed up the thought process. So, live betting is very different compared to traditional betting. You need to analyze everything before the games start everything related to the teams and participants to make a sound analysis for its outcome.

Where can you watch Live Sports?

People in the Republic of Ireland can watch sports on Irish channels such as RTÉ One, RTÉ Two TV3, 3e TG4, Eir Sport 1 and Eir Sport 2. They can also view Pay-TV networks such as BT Sport, British Eurosport, Sky Sports and ESPN. They can also access Northern Ireland’s version of Sports broadcasting contracts in the British networks of the BBC, Channel 4, ITV and S4C on satellite and cable.

You can also do live betting at popular online casinos and sports books. In this type of online betting the odds before the match will be completely different in the middle of the game because you will be able to notice the form, motivation, and performance of the teams/players. This makes it easier to predict the outcome.

Also when you are involved in live betting on live sporting events, you have numerous betting options, not just the final outcome of the match. For instance, you can bet on who will get the ball next, who will be sent off, who will score the next points/goal and many other things.

Live sports are good for businesses like bars too, because watching live games has become a reason for social gatherings. It is not unusual for friends to meet each other in bars so they can watch a live game together. This is an excellent way to stay in touch with people who are close to you and support your favorite team or player together. According to latest statistics live sports are affecting both people and businesses and their popularity is growing every year. 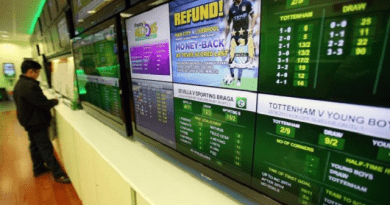 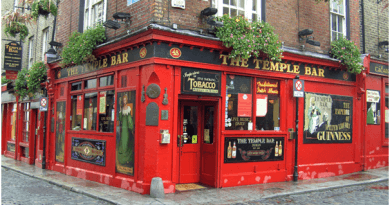 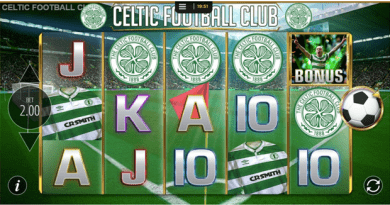