Celtic is a club that won the honor in Scottish and European football. The 2019 season was again being a popular one with an excellent chance of more silverware heading to Celtic Park. Off the pitch, the great news is that they now have a slot game dedicated to the club and its rich history. With some excellent prizes to be won, it’s a game you just have to play. Here are some wonderful Celtic slots to enjoy.

The Celtic Football Club slot game has been released by Blueprint Gaming. They have been responsible for popular games such as ‘3 Lions,’ ‘Casper’s Mystery Mirror’ and ‘Count Duckula.’ Now comes Celtic’s own Slot game and it’s one that is going to delight any Celtic fan who plays it. These are Celtic slots to enjoy.

The symbols include several that are Celtic related. There’s a famous green and white jersey, the Celtic logo and a 1967 symbol that will bring back wonderful memories of the European Cup triumph. The wild symbol is coloured green, and this can substitute for other symbols to get you wins. Think of it as bringing on a late sub to get the winner. There’s a Bonus symbol and the lower paying symbols are the ten to Ace playing cards. You’ll get a few of those while waiting for the big wins to hopefully come along.

The brilliant aspect of this game is that there are two special features that can bring about those big wins. There’s a Random Wild Feature that can turn up at any time. This turns up to four reels wild and can bring you plenty of wins. These are the features of celtic slots to enjoy.

Three bonus symbols on the first, third and fifth reels takes you into Changing Room Bonus game. You’re transported into the home dressing room where there are four shirts to choose from. Each contains a different prize, all of which are worth winning. It could be a Mystery Prize, a trip to the Trophy Room (lots in there), a visit to Celtic Way or some Champions Free Spins. There are some great cash bonuses and multipliers to be won whatever your choice.

‘When you land three scatter symbols on the reels, you’ll trigger the Changing Room pick bonus. Here, you’ll select from on of the jerseys to determine which bonus feature you’ll receive:

Play with mobile or at PC instantly

Celtic Football Club from Blueprint Gaming is available to play on tablets, smartphones and desktop computers. Whether you’re playing on a mobile or desktop device, this game will look great and play great. The graphics are bright and vibrant regardless of how big or small your screen is, and the slot will run smoothly on any device. You can have these Celtic slots to enjoy.

If you want to try the game out just for fun, it is possible to play a demo version of the game for nothing. If you wish to play with real money and win real cash then select any Irish friendly online casino powered by blueprint gaming and play the game in real time.

The introduction of this slot game comes at a successful time in the history of the club. Celtic have won the Scottish Premiership title for the past eight seasons and the 2018/19 season again saw them win the domestic treble. That’s the third season in a row that they have managed that. Hopefully, a winning streak like that will come along when playing the Celtic FC Slot game.

History of the club

This season has had the occasional up and down. Despite all the success in the domestic game, life is still a bit tough when it comes to European football. Sadly, Celtic was unable to reach the group stages of the Champions League. This is the history of Celtic slots to enjoy.

Celtic gained wins over Sarajevo and Nomme Kalju in the first two Champions League qualifying rounds. That led to a third qualifying round tie against CFR Cluj from Romania. The first leg was played away from home and Celtic fans were pleased to see their team return home with a 1-1 draw.

Hopes were high of reaching the play-off round, but it was not to be. Celtic lost 4-3 at home. The loss saw a Celtic move into the Europa League and they successfully got past AIK from Sweden 6-1 on aggregate. That took them into the group stages and the draw proved to be a very interesting one. The Scottish Champions would have to face French side Rennes, Serie A team Lazio and a certain CFR Cluj, who had failed to reach the Champions League group stages.

Celtic had reached the last 32 of the Europa League in their last two attempts. This wasn’t an easy draw but just like hitting the jackpot in their slot game, it’s been a triumphant one for Celtic and a place in the knock-out stages has already been achieved with a game to spare.

They are unbeaten in their first five group games and have beaten Lazio home and away. Celtic have also drawn in Rennes and got that revenge when beating CFR Cluj 2-0 at Celtic Park. If only they’d done that earlier in the season.

2020 already promises a great deal for Celtic. They top the Scottish Premiership ahead of great rivals Rangers. It already looks like a two-horse race as it always was in the old days. Celtic have the edge at the moment though and they will be hoping it stays that way and a ninth straight title is won.

Then there’ll be the Scottish Cup and hopefully the Bhoys will lift the trophy for the 40th time and the fourth year in a row. 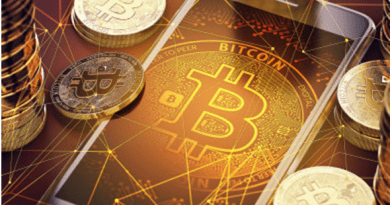