Roulette has been very popular in Europe for a long time now; it’s not surprising that it has reached the mobile casinos of Australia, Ireland, of course, the United States. The American version of Roulette includes an extra zero to give the house an edge over the player; hence, it makes the prizes bigger as well.

Microgaming’s American Roulette presents the casino classic in a very sophisticated way through its crisp graphics and realistic casino environment sound effects. The Roulette wheel features 38 spots including a 0 and a 00. Its unique betting system will entice players that are looking to place Inside and Outside bets. The higher the odd makes the payout even bigger, which makes experienced Roulette aficionados tend to wager on Inside bets.

American Roulette is played like your regular game of Roulette except for the addition of the number 00. It has the same types of bets. Inside bets are placed on specific numbers or small combinations of 2 to 6 numbers. Outside bets focus on bigger groups of numbers, colours, or some combination of the two, such as Even or Odd, or Red or Black.

The Inside bets have higher odds of up to 35:1 as opposed to the usual Outside bets that has lower odds of 2:1 or 1:1. This suggests that a novice player who is just getting the hang of American Roulette should familiarize himself first by wagering Outside bets.

Here’s a list of the different payouts for Inside bets:

Here’s a list of the different payouts for outside bets:

Column Bet – Bet on 1 of the 3 vertical columns. Chip is placed at the bottom of the column – 2:1

Some Roulette systems and strategies you should consider

You’ll find many strategies and systems for roulette, though. These are mostly about ways of raising and lowering your bets as per what happened on previous spins of the wheel. The most famous of these is the Martingale System. To an extent, the Martingale System is maligned, too.

First, let’s find out how does the Martingale System work? It’s simple. Every time you lose, you increase your size to double the size of your next bet until you win. Then, you go back to your initial bet size.

But sometimes you’ll lose multiple times in a row. Every time you lose, you double the size of your previous bet, so you need to have a bankroll to pull off the Martingale System.

Here’s another example of the Martingale in action. You bet $5 on black and lose. You bet $10 on the next spin and lose again. You bet $20 on the third spin and lose yet again. On the fourth spin, you bet a whopping $40, and you win. You lost $35 on the first three spins, so now you have a $5 profit.

Often people point out that the Martingale System cannot overcome the house edge for American roulette in the long run. It might not be immediately clear why that is, though. After all, this system seems foolproof at first glance, doesn’t it?

Sure, it’s rare to lose a bet on black five, six, seven, or eight times in a row.

But it happens at least once a day in every casino.

Let’s look at the size of the bets in a progression like that:

The pros and cons of the martingale system

Here’s the reality of the Martingale System. In the short run, it can increase your odds of walking away a winner.

But be mindful that with the Martingale, after a progression, you’re only ahead by one unit.

Those winning sessions are going to be small. Eventually, though — on average, 20% of the time, you’ll have a losing session.

And due to the exponential nature of the betting system, those losing sessions will be bigger losing sessions than the winning sessions. You’ll wind up with a great loss, over time, that will eventually average out to about the same size as your 5.26% house edge.

It means that this American roulette strategy won’t overcome the house edge in the long run. It’s not really a winning strategy.

It can be a great strategy to use in the short run, though. There are other ways to play American roulette, though.

Other variations of roulette and their strategies

The most common variation of roulette is the one in which you have a single 0 on the wheel instead of a 0 and a 00. This changes the chances significantly. The payouts remain the same, but the chances of losing drop.

For such version of roulette the house edge for single-zero roulette is 2.70%.

You can also find variations which provide you chances to reduce your losses in half, too. The house edge on these versions is 1.35%. They put your even-money bet in cell and wait a spin to see what happens. If it loses a second time, then it’s lost forever.

Or else, your original bet is returned to you with no winnings.

Microgaming’s American Roulette is a brilliant take on this type of Roulette. The authentic interface, superb sound effects, and detailed graphics make it a smooth game to play even for novice players. The detailed graphics and buttons help players understand the mechanics and rules of the game. It’s a great online version that doesn’t take the excitement from the actual Roulette played in physical casinos. 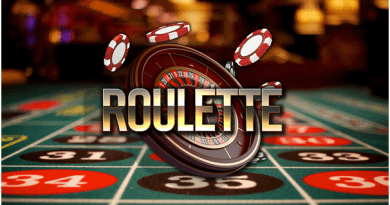 How And Where To Play European Roulette In Ireland? 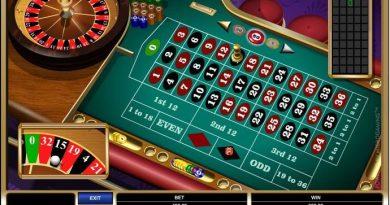