This game is a snappily-titled slot game from inventive casino software specialist Microgaming. Created around the theme of four suited kings in a standard pack of cards, the game promises a royal jackpot to fit for a member of the Windsor family tree.

To sit on the throne, you’ll have to have luck on your side – but you’ll also require persistence and a positive attitude. The 5-reel video slot includes up to 15 paylines, wild and scatter symbols, as well as a couple of bonus features.

The betting range, meanwhile, should suit paupers as well as princes: it starts at just 0.01, rising to a maximum of 75 coins, allowing you to bag up to 25,000 coins in the base game and 50,000 coins during the free spins bonus. What’s more, there’s 75,000 up for grabs in the additional bonus round. All in all, then, there’s a ton of loot to be extracted from this regal online pokie.

As you’d expect from a game called Kings of Cash, the symbols represent scenes of royal wealth and opulence. The main monarchal players in the game are the respective kings of hearts, spades, clubs and diamonds. Further symbols include moneybags, overflowing treasure chests, gilded thrones and magnificent crowns.

As you play, you’ll get to enjoy an exalted soundtrack of trumpets and drums, the traditional fanfare accompanying a procession of royal members. It’s almost enough to make you break into a spirited rendition of God Save The Queen.

You can take a look at the game’s pay-table before getting started. You can access it from the bottom left-hand corner of the main gaming screen. All wins pay left to right except scatters, which pay anywhere. The various symbols serve to multiply your line wins by the number of coins you’ve chosen to wager per line.

Of course, not all kings are born equal: so it is that the king of clubs pays just 600 for three matching symbols, while the king of spades pays 3,600. The king of diamonds pays 900 and the king of hearts – will offer a jolly figure with a bristling beard but no moustache – pays 1,500. The highest-paying symbol is the Kings of Cash logo, which pays 5,000 for five matching symbols.

Every game’s icons become animated when used to form a winning combination, which is certainly a nice touch.

In Kings of Cash slot game, the game’s logo acts as wild. It can substitute all symbols except the scatter to form winning combinations.

Two scatter symbols are also in play, in the form of crown and dollar signs (surely Microgaming is aware that the US is a republic!). Three or more dollar logos triggers a free spins bonus round, while three or more crown emblems activate the immersive Kings of Cash bonus round.

The earlier occurrence sees you win 10, 15 or 25 free spins of the game, with a multiplier of 5x and 10x added if you land four or five. In free spins, the pay-outs are already doubled, so you can come into a serious windfall if you hit four or five dollar scatters. This feature can also be re-triggered.

The second bonus feature, when unlocked, yields plenty of fun. After hitting three or more crowns, you’ll be taken through to a screen where you’ll be shown a dozen cards laid out in a 4×3 grid. Each of the four reputed monarchs is represented by three cards and each has a different value attached. All you need to do is flip the cards over one at a time; match three kings of the same suit and you’ll receive a pay-out.

To gamble or not?

Microgaming doesn’t offer a gamble feature in all of its games, but when it does, it adds a layer of temptation. Simply speculate the colour of a card drawn randomly from the deck and you can double your money. Get the guess wrong and you lose the loot you’ve already accumulated.

Whether you consider this function a good or bad thing, the fact that it’s there at least gives you the option to play. Oh, and you can also quadruple your money by guessing the correct suit. But you’d have to be crazy to risk your hard-earned dough on a 1/4 guess.

All rise for the king

Kings of Cash slot game is a highly entertaining slot game that’s both fun to play and easy to get to grip with. With re-activable free spins, amusing sound effects, big jackpots, with a high RTP and well-drawn symbols, this is certainly one to watch out for. 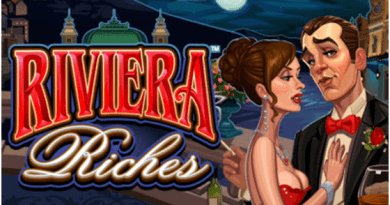 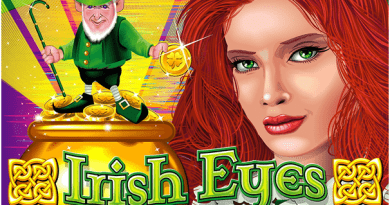 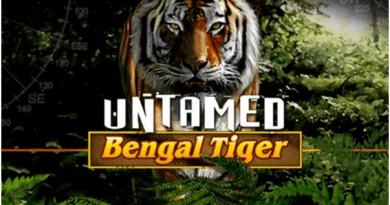